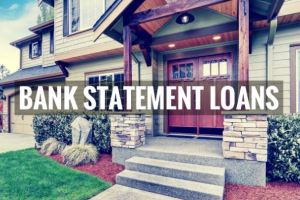 Once again new mortgage products are hitting the market and serving a smaller more niche segment of American consumers. This is a great alternative product for the homebuyer and homeowner. Typically coming with 30, 25, 20, 15, 10 year fixed, adjustable rates and even some interest only options. Let’s take a look at the bank statement mortgage, the “Good Bad and the Ugly”. Let’s start with some negatives.

The Bank Statement Mortgage generally comes with a higher than average interest rate. It makes sense. The more risky a mortgage is, the more it costs. Using bank statements as income to qualify is by itself more risky. The lender is basically acknowledging you may not be able to qualify for a mortgage if you used your traditional income documentation, like tax returns, W-2’s, paystubs etc. Expect an interest rate at least 1.5% over the going conforming market rate and cost. You will almost certainly pay fees/points to get a manageable rate. But again, it is an Alternative when you’ve been turned down for a conventional conforming mortgage.

You don’t get to use ALL your deposits.  Typically, you cannot use all your deposits. Lenders will typically disallow, returns, refunds, cash (unless typical for business) and transfers from other bank accounts you control. You will also most likely have an expense factor subtracted from your deposits… Oh yeah and your deposits need to usually be within your Profit & Loss Statements stated income. It’s not JUST your bank statements being used it the whole financial picture. A qualified licensed Loan Officer is critical for a smooth bank statement loan.

There isn’t usually any Mortgage Insurance required on these products. So no mortgage insurance payment every month if you borrower more than 80% of your value. 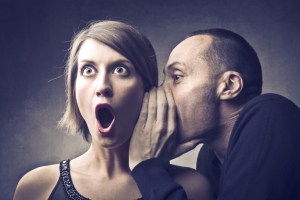 I’ve come to a conclusion today.

The surest way to get your offer accepted, is to go to the listing agent and have them represent you too. Yes, I know that’s crazy. How can an agent be completely unbiased and neutral while still providing you the protection you need when he is representing the seller too?  The short answer they can.  And what protections are we talking about? Laws, Compliance, Disclosure. A Realtor most likely won’t try to pull the wool over your eyes anymore, as there are VERY punitive actions if they do. And if you read your disclosures and research your property you’ll be fine.

The market is totally digital now.  Aside from actually walking through a property, everything is mostly online.

Realtors spend the VAST majority of time looking for listings. They typically don’t look for Buyers and furthermore don’t prefer to work with Buyers as the time spent with a Buyer is usually substantially higher than working with a Seller. And in a tight market, it is much better to have a listing rather than buyers if your the Realtor. Although they like to have both of course.

So think about it. There are multiple offers on each property. The listing agent has to look at them all and determine which are real, which are well qualified, which are cash and/or financing, which are too low, and which are too high with financing… and more importantly is the offer from HIS/HER Buyer is the mix.  And remember the Listing agent in theory is not allowed to tell other prospective buyers what the other offers are at price and concessions wise.

All offers are required to be presented to the Seller. That is the truth. Are they? Who really knows. Let’s assume all offers are being presented to the seller. If you were the Listing Agent and you have to present all the offers including his/her own, whose offer do you think gets pushed and sold hardest? I mean we are talking almost double the commission in this scenario.

To add on to this further, if you are financing your property? You should try to use the Realtors Lender as well. The Listing Agent knows his/her Lender. They work together, they close deals together, and more importantly they KNOW and BELIEVE what their Loan Officer says about a Buyer. And TRUST that their Lender will make sure the loan closes. And ultimately, the Realtor wants to close the deal and get paid. Realtors and Lenders don’t get paid a hourly rate usually, they are paid 100% commission.

So if you LOVE a property and aren’t being represented by a Realtor already… I highly recommend you contact the listing agent, get pre-qualified by their Loan Officer and submit your offer as soon as possible. I think you’ll be happy you did.

In my opinion this theory only works for markets that are highly desirable and active with low inventory where multiple offers are the norm.

The FHA will increase the mortgage insurance premium (MIP) from its current level of 1.75% to 2.25%; update the combination of FICO scores and down payments for new borrowers; reduce seller concessions from 6% to 3%; and implement a series of measures aimed at increasing lender enforcement

U.S. Housing and Urban Development Secretary Shaun Donovan previewed the changes in December 2009, noting the FHA would announce additional details before the end of January.

“Striking the right balance between managing the FHA’s risk, continuing to provide access to underserved communities, and supporting the nation’s economic recovery is critically important,” Stevens says. “When combined with the risk management measures announced in September of last year, these changes are among the most significant steps to address risk in the agency’s history.”

In addition to raising the up-front MIP by 50 basis points, the FHA will request legislative authority to increase the maximum annual MIP that it can charge.

If this authority is granted, the FHA will then shift some of the premium increase from the up-front MIP to the annual MIP. This shift will allow for the capital reserves to increase with less impact to the consumer, because the annual MIP is paid over the life of the loan instead of at the time of closing, the agency explained in a statement Tuesday.

The initial up-front increase will be included in a mortgagee letter to be released tomorrow, Jan. 21, and will go into effect in the spring.

The agency says this change will be posted in the Federal Register in February and, after a notice and comment period, would go into effect in the early summer.

The FHA additionally says its current seller-concession limit of 6% exposes the agency to excess risk by creating incentives to inflate appraised value. Reducing the seller-financing cap to 3% will bring the FHA into conformity with industry standards on seller concessions. This change will also be posted in the Federal Register in February, and after a notice and comment period, would go into effect in the early summer.

This is an operational change, FHA says, to make information more user-friendly and hold lenders more accountable; it does not require new regulatory action, as Neighborhood Watch data is currently publicly available.

The agency will additionally enhance monitoring of lender performance and compliance with FHA guidelines and standards by implementing the Credit Watch termination through lender underwriting ID in addition to originating ID. This change, effective immediately, will also be included in a mortgagee letter tomorrow.

Starting in early summer, the FHA will implement statutory authority through regulation of section 256 of the National Housing Act to enforce indemnification provisions for lenders using delegated insuring process. Specifications of this change will be posted in March and subject to a notice and comment period before going into effect.

Moreover, HUD is pursuing legislative authority to increase enforcement on FHA lenders. Specific authority includes amendment of section 256 of the National Housing Act to apply indemnification provisions to all direct-endorsement lenders and legislative authority permitting HUD maximum flexibility to establish separate “areas” for purposes of review and termination under the Credit Watch initiative. This latter authority would permit HUD to withdraw originating and underwriting approval for a lender nationwide on the basis of the performance of its regional branches